by Noxtal on December 3, 2020 under writeups
4 minute read

Hello! My friend Fari send me this suspecious message: ‘MQDzqdor{Ix4Oa41W_1F_B00h_m1YlqPpPP}’ and photo.png. Help me decrypt this!

When you have an unknown ciphertext and you’re looking for the right cipher to use, one of the best things you could do is use a website like Boxentriq’s Cipher Identifier and Analyzer. After, we probably will be able to figure out what that weird “photo.png” grid is.

As our first try, let’s input the raw ciphertext and hope for good results. 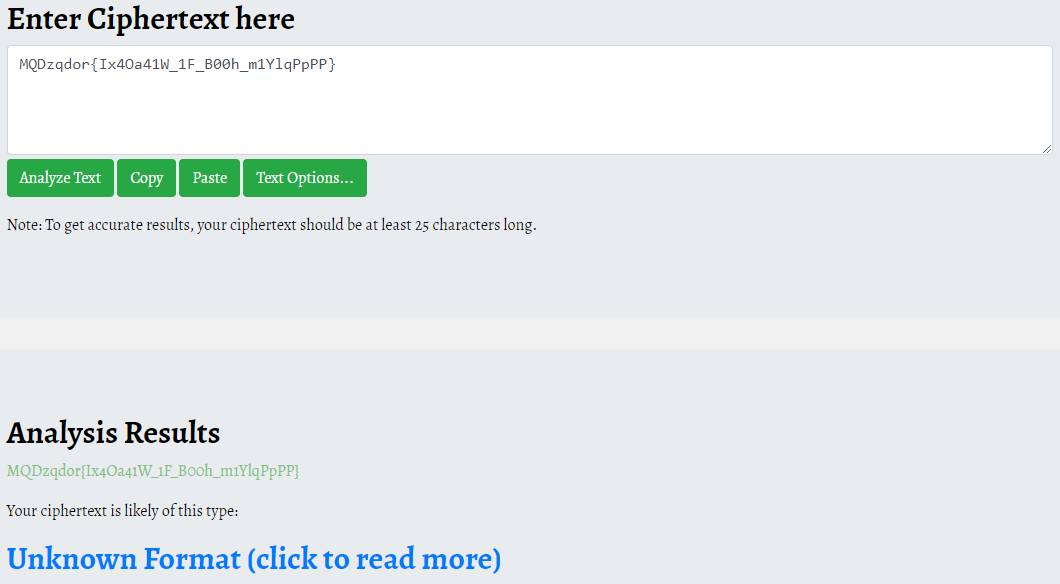 Unfortunately, as you can see in the screenshot above, the site has not found the format it could be in. This may be due to some characters not being in the cipher’s alphabet (for instance, the curly braces). Actually, in photo.png, only letters are used. Thus, we could select the Letters Only option in Text Options… to remove every character other than letters. This could solve our problem. 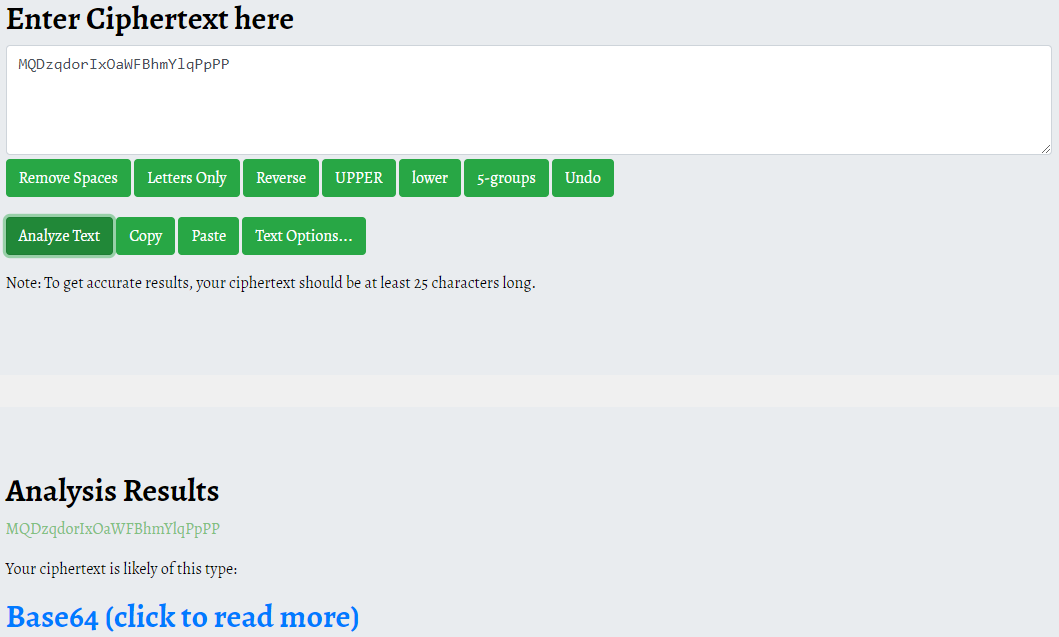 This time, we’ve got a result: Base64 Encoding! Let’s try it out… 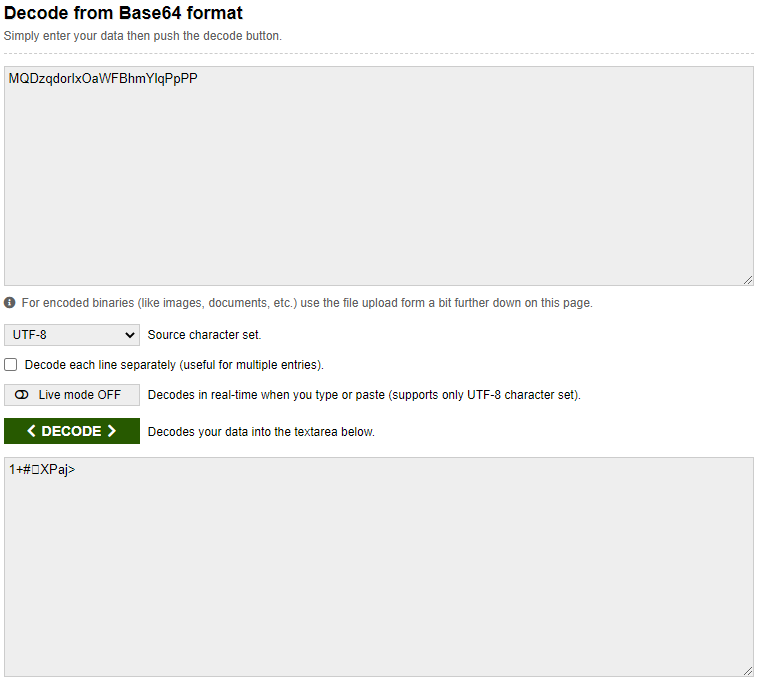 Unfortunately, as the image above shows, this text doesn’t look to be simply base64 encoded. Let’s continue our research. In photo.png, we can notice all letters are uppercase. This could mean that the case doesn’t matter in that cipher, thus we could try putting all letters in the ciphertext in uppercase too. We can achieve this by using the UPPER option in Text Options…. 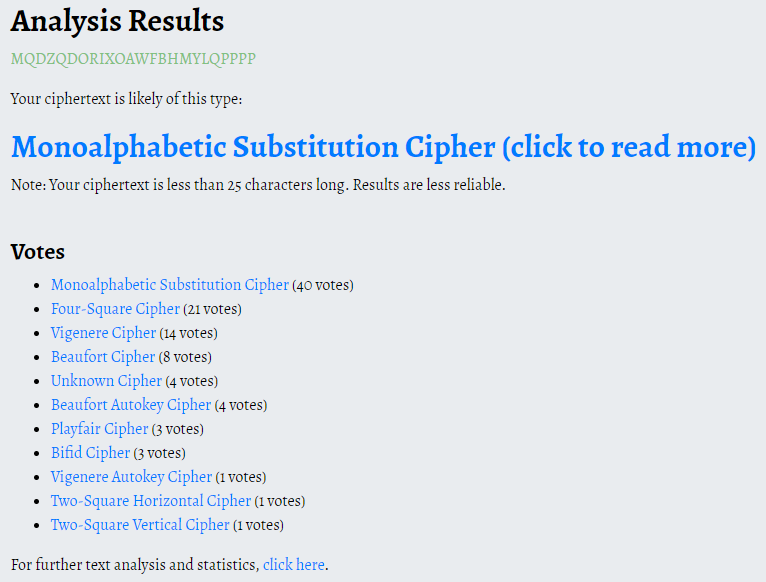 This time, we have got a more interesting, but seemingly quite vague result. Indeed, we are given 11 possible different options, including the Unknown Cipher seen before. By taking a quick look at each one of them, we can find that the Playfair Cipher uses a grid similar to photo.png as key. Let’s go along with this cipher by digging deeper into it.

The Playfair Cipher is an encryption technique invented by Charles Wheatstone in 1854. It was invented specifically for secrecy in telegraphy. Using a 5x5 table of letters as key, this cipher functions in the following manner:

With all that said, we could now use the integrated Playfair Cipher Decoder in Boxentriq itself to decode our given ciphertext. For that, we will first need to trigger the Decrypt mode and enter the letters from the grid of photo.png in the Encryption key input field (from left to right, top to bottom). Finally, enter the ciphertext and you will get the flag!