This cheatsheet features techniques and in-depth explanations on how to correctly defend the king’s title and protect yourself in a TryHackMe King of the Hill game. This was made in collaboration with my friend xCthulhu from my CTF team. Huge thanks to him! He also has a website featuring excellent writeups and cheatsheets you might not want to miss! Here is the link.

Upload files to a custom directory:

Change filename to something unpredictable:

Be certain to remove or replace as much eval(...) and assert(...) function calls as possible the server-side PHP code, as they can lead to arbitrary code execution.

Some frameworks can have a RCE CVE. The lion KOTH box is a good example of this, implying a Nostromo RCE CVE on port 8080. You might want to check my writeup on that box for more information.

The ideal way to patch that would be to update the outdated software. This can be hard to achieve in TryHackMe King of the Hill since all boxes have no Internet access. With that said, another conceivable solution exists. It consists of replacing the target software with something equivalent. For instance, you could use an updated version of Python’s http.server module to replace an outdated version of Nostromo (as mentioned in my writeup).

SUID (Set User ID) is a type of permission that is given to a file and allows users to execute the file with the permission of its owner. However, some of the existing binaries can be used to escalate privileges to root if they have the SUID permission.

This removes the SUID bit in a file or binary.

This removes the SGID bit in a file or binary.

Whenever a program can be run as root(sudo) without a password, it has an extremely high chance to become a privesc. You can check for those using sudo -l

If a user seems to have too much sudo permissions, you can delete it completely from the sudoers file using the method below.

To patch a program with wrong permissions or being dangerous, reset its permissions, make root be the only one to own it and move the program to /usr/sbin. This directory is made for the most potentially dangerous programs that users shouldn’t be allowed to use.

Do not use the following techniques unless they are permitted AND needed. These can quickly make a KOTH game become unfair, use them with prudence. 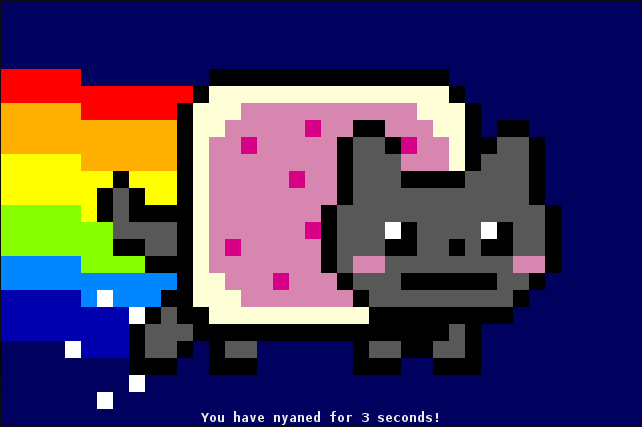 How is it important?

It is very important to HAVE FUN during the game unless you are a competitive player. It is important to showcase your nyancat to every player you are playing with. But how? Here are the simple steps:

That’s unfair. You are the only one who enjoys the nyancat! Transfer the binary to the machine and show it to your fellow players by doing the steps below.

chattr (used for the king.txt file)

Use chattr to set the immutability bit on the king.txt file and make it unwritable until another player does the inverse. You can also remove chattr from the system to make sure no one removes this protection.

The best example is an SSH Service running on port 22. We can move it to any port that you only know to minimize SSH Bruteforce attacks and other players that have ssh credentials.

By editing the ssh config file, and setting the port to your desired port.

Change 1337 to any port that you desire then restart the ssh service.

A lot of time and effort is spent just for gaining initial access to a machine, thus you must maintain access to your target. This is why persistence is the key component of how to do it.

Why is it important to have a persistence?

Once you have established your persistence in your target system, you will have continual access to the system. This is vital since we do not know when we will be going to be kicked in the machine, power loss, network problems, and machine reboots.

In doing persistence, there are two components that you should always remember.

Persistence implant is the payload or file that is going to be implanted into the target machine. It can be a binary, an executable file (EXE), a Dynamic Link Library (DLL), or some reverse shell commands embedded in some services.

Persistence trigger is what will make our payload execute. We can either use cronjobs, services, registry, or scheduled tasks.